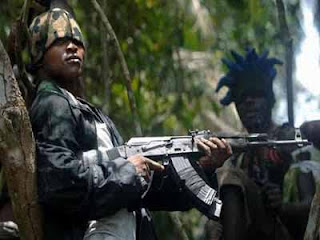 Member, Ekiti State House of Assembly, who represents Ekiti Southwest Constituency II, Michael Adedeji, has been shot by some unidentified gunmen on Friday at a close range in Ado Ekiti while driving to Akure, Ondo State.

The lawmaker who had been rushed to the Ekiti State University Teaching Hospital (EKSUTH) for treatment, was believed to have escaped death by sheer providence.

The lawmaker was later transferred to Federal Teaching Hospital, Ido Ekiti (FETHI), when his situation got critical.

However, reacting to the incident, the Speaker, Ekiti state house of Assembly,    Rt. Hon. Adeniran Alagbada has called on the Ekiti State Police Command to immediately  investigate the attack on their member.

The Speaker having been briefed, condemned the attack, noting that Honourable Adedeji was an easy going individual and was not deserving  of such attack.

He however raised certain suspicions, noting that the member and other members of the house had been under threats during the last few months of the previous  government and following the change in leadership  of the house.

"Without  doubts, members of the house including myself have at one point in time even very recently being threatened by those who feel bad about the change in leadership  of the house.

"At this juncture, it is very difficult  to rule out those threats as ordinary especially  when one considers the mode of attack on Hon. Adedeji and I hereby implore the relevant  security agencies to investigate this threats and consequently  this attack and bring the culprits to book' He said.

The Speaker has however refrained from pointing fingers unduly and has reminded the Nigerian police and relevant  agencies of its core duty to ensure security of lives and properties of all residents of the state and ensure that the culprits are fished out following  due investigation.

He added that the house would not be deterred by the incident and remains committed towards ensuring the growth of Ekiti constituents through adequate and appropriate representation and legislation.

Also, Segun Adewumi, the Deputy Speaker of the House, while confirming the report said that Adedeji,  was shot on the head.

According to the deputy speaker, the victim was accosted and shot by the gunmen while reversing his car in a bid to escape.

“When he was accosted on the way, the lawmaker wanted to flee the scene by putting his car on reverse gear, but these evil men opened fire on his vehicle and the bullets hit him on the head.

“He was immediately taken to hospital in Ado Ekiti where he received emergency treatment,” he said.

Adedeji who had a problem with former Gov. Ayo Fayose, participated actively in the removal of the former Speaker, Kola Oluwawole and subsequent election of Mr Adeniran Alagbada of APC as new Speaker.

He narrowly escaped being suspended by the house under the former speaker, but was made to tender an open apology to the former governor at the house plenary.

The Police Public Relations Officer, (PPRO) in the state, DSP Caleb Ikechukwu, said he would react to the incident as soon as it was brought to the notice of the state Police Command.