Ekiti state Deputy Governor, Otunba Bisi Egbeyemi has charged workers in the state  to give maximum support and cooperation to the administration of Dr Kayode Fayemi.

Egbeyemi who expressed appreciation to God for using Gov Fayemi to make him his Deputy promised to give total loyalty and support to the Governor. 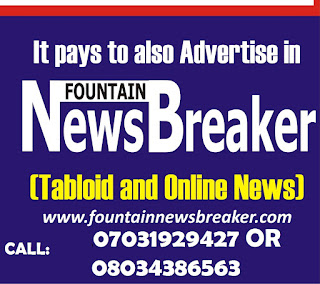 The Deputy Governor said that it was time to enjoy dividends of democracy, noting that the governor announced free education in all the primary and secondary schools and that school feeding programs will return in Ekiti state just a day after inauguration.

The Deputy Governor urged workers to shun unprofessional conducts like backbiting, pull it down syndromes and other acts of indiscipline.

He however promised to make the workers welfare a priority.
News