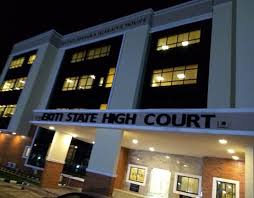 In his ruling, Justice Adesodun described the application as speculative,  unmeritorious and said there is no compelling fact in the application to warrant the granting of the order.

The substantive matter has therefore been adjourned to the 23rd day of October, 2018.
Entertainment News