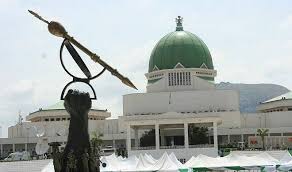 Since 1999 when Nigeria has started practicing Democratic system of government, Okemesi Ekiti is one the major towns that determine success of any political party in Ekiti State due to our voting strength and mass participation during election.
Ekiti state is divided into three (3) senatorial districts and six (6) federal constituencies, in which our state constituency fall to Ekiti State central Federal constituency 2 area. Ekiti state central federal constituency 2 comprises of four state constituencies such as Ijero, Efon-Alaaye, Aramoko/Ekameta and Okemesi/Ido-ile constituencies.
From available records since 1999 up-to-date;
Ijero constituency had represented us twice in the House of Representatives. They presented Hon. Ropo Ige from Ikoro Ekiti (1999-2003, AD party) and Mr. Yemi Arokodare from Ijero Ekiti (2003-2007, PDP party).
Aramoko/Ekemeta had represented us twice. They presented Hon. Kehinde Odebunmi from Aramoko Ekiti (2007 -2011, PDP Party) and Hon. Oyetunde Ojo (OYEE) from Erinjiyan Ekiti (2011-2015, ACN party).
The present serving member representing our Federal constituency is from Efon-Alaaye  state constituency (barrister Oni-atiba Olamide).
Our constituency (Okemesi/Ido-ile) has been left out. We have not been given the opportunity, despite the fact that we have the voting strength and competent people that can represent us better in this constituency.
For these reasons. I am pleading to all progressive minded people of the constituency to let us come together as one and fight for our right.
As 2019 election is approaching, I believe it is high time we presented someone who will represent us at the Lower Chamber in Abuja from Okemesi/ Ido-ile constituency, Okemesi in particular. It is our turn. We can’t afford to miss this opportunity “Opportunity comes but once”.
I want to urge all APC party members and people of Okemesi town to see this struggle beyond any personal gain but for the interest, betterment and development of the town and constituency at large. Support Hon. Engr. Kayode Ajayi Fashakin (FASH) for House of Representatives, Ekiti state federal constituency 2.