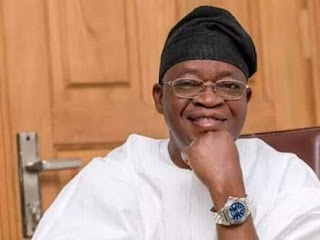 Ekiti State Governor-Elect, Dr Kayode Fayemi, has yesterday, September 28th, 2018 congratulated the candidate of the All Progressives Congress (APC)  in the last Osun State governorship election, Gboyega Oyetola, over his victory in the just concluded election.

Oyetola was declared winner of the governorship election on Thursday, after the supplementary poll in some local government areas defeating Senator Ademola Adeleke of the PDP. 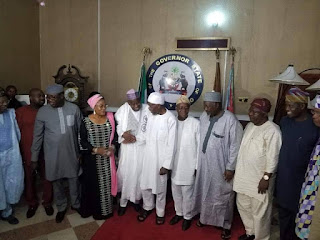 Dr Fayemi described the keenly contested election as a reflection of the huge political awareness and maturity of the people of Osun State, adding that it was heart-warming that the better candidate emerged victorious.

The Ekiti Governor-Elect in a statement by his Special Adviser on Media, Mr Yinka Oyebode, said with the government of the six South West states now  under the control of APC, the much talked about  regional integration and development would be fully achieved.

“Congratulations to the Governor-Elect, Gboyega Oyetola, and to our great party, APC.  The people have spoken, and clearly too. It is indeed victory for democracy and all lovers of progress.

“The regional integration and development agenda of  the South West would now become a reality, with all the attendant benefits for the people of the geo-political zone.” he said.

Dr Fayemi, who described Oyetola as a seasoned administrator and astute manager of men and resources, said he is confident  the Governor-elect  will take the state to the next level of development, having been a part of Governor Rauf Aregbesola’s development-focused administration.
Entertainment News