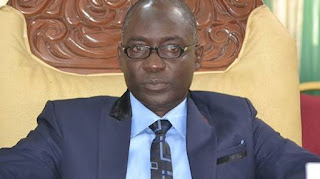 Peoples Democratic Party's candidate in the Ekiti Governorship election of July 14, 2018, Professor Olusola Eleka's petition, on Saturday September 29, 2018 suffered a serious set back this morning as his Motion to conduct  a recount of all the ballot papers used during the conduct of the Governorship Election Ekiti State was dismissed by the Hon. Tribunal sitting in Abuja

The grounds for refusing  basically are the generic nature of the pleadings on recount and the involvement of the Secretary of the Tribunal in the Recount & who was prayed to authenticate and tender the Results of the Recount.

The three-man panel Tribunal headed by Justice Suleiman Belgore, held that such request lacked merit, even as it accused PDP and Kolapo of “fishing for evidence under the guise of ballot recounting”.

According to Justice Belgore, the two petitioners (PDP and Kolapo), did not in their pleadings, list result from recounted ballot papers from 16 Local Government Areas in Ekiti State, as part of evidence they intended to rely on to prove that Dr. Kayode Fayemi of the All Progressives Congress, APC, was not the bonafide winner of the governoship contest.

“The petitioners complained in 325 polling units, they are not complaining in all the polling units in the state”.

“To pray for recount in all the polling units is to make firm nonsense of the petitioners pleadings”.

“What the petitioners want to introduce cannot be situated in their pleadings. It will spring a surprise on the respondents to respond to it as pleading has closed.

“Pleadings are written statements of parties wherein they state the materials they will rely on in the proceeding”, Justice Belgore held.

He maintained that under section 64 of the Electoral Act, the request must be related to specific polling units in the 16 LGAs that the petitioners alleged malpractice.

Besides, Justice Belgore held that it was wrong for the petitioners to request that the Secretary of the Tribunal should partake in recounting the ballot papers.

“Will that not amount to the Secretary giving evidence for the petitioners?

“How will the Tribunal look if our Secretary is made to enter the witness box to be examined and cross-examined? We will certainly not be comfortable. Will it not amount to the Tribunal getting into the arena?”, Justice Belgore queried.

He held that the result from the ballot recounting would not qualify as a document that was listed ab-initio by the petitioner, in compliance with Paragraph 4(5) of the First Schedule of the Electoral Act, 2010.

The tribunal said the petitioners admitted in their affidavit that the fact and figures sought to be established through the recounting process, was not available at the time the petition was filed.

“Finally and without further rigmarole, we hereby hold that this application is deviod of merit.

“Paragraph 7(II) of the application is a clever ploy to introduce fresh facts. The Secretary of this Trubunal cannot be a party to do what we consider as inappropriate. This application is accordingly dismissed”, the Tribunal held.

Meantime, in a separate ruling, the Tribunal dismissed a motion INEC filed for variation of an order that was made on July 26, which directed it to surrender all the Card Readers that were used for the Ekiti State Governorship election, for inspection.

INEC had through its lawyer, Dr. Onyechi Ikpeazu, SAN, decried that the implication of the order was that the Card Readers would be kept in custody of the Tribunal till conclusion of hearing of the petition.

He argued that it would be impossible for INEC to surrender the Card Reader for that long in view of the fact that they would be used for other impending elections.

More so, the electoral body maintained that the petitioners should have asked for data that were extracted from the Card Readers instead of the machines themselves.
News