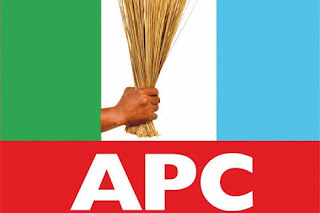 Contrary to the fake news being circulated by one of the three aspirants in Okemesi Ekiti that he has been endorsed by a group of people, former Commissioner for Justice in Ekiti State, Mr Wale Fapohunda, at a duly constituted Stakeholders meeting has announced  that there is nothing like endorsement.

Some elders who were alleged to have earlier accepted letters of intent with money from all the aspirants were said to have also secretly submitted name of an aspirant to Mr Wale Fapounda as their consensus candidate without any recourse to other two contestants. Instead of adopting this clandestine decision of a tiny few,  the former Attorney General convened a stakeholders' meeting to discuss it. At the hot meeting, the so called Elders forum headed by Chief Ilesanmi Ajibade (Lejua of Okemesi) was widely condemned by the speakers for taking a one sided decision without contacting any of the other two aspirants.

The erstwhile Commissioner invited the two sidelined aspirants one after the other to speak. Akogun Tai Oguntayo expressed his dismay about the attitude of the so called elders who he said had been disorganizing the party in Okemesi until the devine intervention of Mr Wale Fapohunda who always insisted in fairness. He asked some five question from the faceless elders which non if them could be bond enough to answer.

Among the questions Akogun asked are: "one, did anyone invite us (the three aspirants) to anywhere to discuss it? Two, are thise elders different from the Chief Ilesanmi Ajibade-led elders who received my letter of intent three years ago and declared me as the first person to indicate intention to vie for this post and even prayed for me that I would win? Three, what are the criteria for picking anyone above me in this race? Is it his academic qualification? Is it his contributions to the party? Is it his age? Is it several attempts in the past? Is it his popularity? I challenged them to mention it if JOBA has any of these above me"

The second aspirant who was sidelined, Mr Ajala Samson while responding adopted Akogun's speech and further demanded to know the identities of those who represented his ward among the so called elders. The ward leaders condemned the secret meeting and declared any meeting not attended by the ward Chairmen and secretaries null and void.

Investigation revealed that majority of those who decamped from the PDP headed by Chief Ilesanmi Ajibade rooted for Engr Segun Oni during the governorship primary election and only one of the aspirants called JOBA belonged to their group, hence their decision to compensate him with the House of Assembly slot. However, the Ward Executives who vigorously worked for the emergence of Dr Kayode Fayemi were not carried along in the so called adoption because the self acclaimed elders knew the ward leaders would not accept the proposal.

It was therefore announced to all the Stakeholders by Mr Wale Fapohunda as unanimously resolved at meeting, that the three House of Assembly aspirants in Okemesi, namely: Akogun Tai Oguntayo, Mr Yinka Samson Ajala and Mr Johnson Bode-Adeoye (JOBA) should face primary election as no consensus candidate was adopted.

It was after this that the Ward B Chairman, Mr Adesola Adedeji brought out a full bag of documentary evidence of how the Secretary of his ward (name withheld) mischievously allowed himself to be used by a desperate aspirant. The ward Chairman accused him of tampering with the APC Membership register (apparently to favour the same aspirant who just sponsored his endorsement). This was in anticipation of a direct primary election and ward congress coming soon.

A decisive action that only the number of members so far dully and properly registered in the APC Register of Okemesi Ward 09 before the fraud was uncovered should be submitted to the State leadership of the party on Monday August 13, 2018. The meeting was attended by the former Attorney General, Mr Wale Fapounda, Chief Ilesanmi Ajibade, Chief Saba, Alhaja Tunrayo Adesina who is a state officer of the party, Hon Kayode Fasakin, Isola Fapounda, Engr Gbebga Ogunleye and the three House of Assembly aspirants (Akogun, JOBA & Ajala).

Mr Ibiloye Alese made frantic effort to convince the Stakeholders to accept the fraud but the former Commissioner for Justice backed by the majority at the meeting insisted that the only way to avoid crisis or injustice was to submit the only properly registered members in Ward B of Okemesi as anything short of it will be unacceptable to the Stakeholders.