NIGERIA: A COUNTRY IN NEED OF GENUINE CHANGE 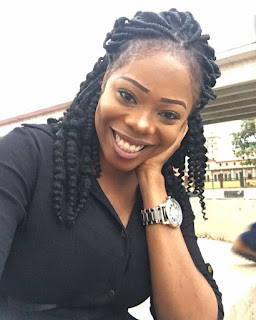 The scientists in the human genome project have proved that all races be it black, the Asians, Latinos and others are all the same. In spite of this, the white guy always feel superior to the black  such that an ordinary, uneducated homeless and jobless white man sees himself as better than  the black no matter the educational and financial status of the latter.

Poor and most uneducated Africans are the most hard-working in the world. They are involved in various hard labour and demanding duties.

This makes one to ponder where the African intellectuals really are.

After many years of independence, Nigeria still has no rank in terms of technological advancement  and scientific milestone.


Without mincing words, if we continue to depend on the white countries for everything , they will always feel superior to us.

A nation that is endemically corrupt with massively mismanaged national wealth can never grow, this country can never be liberated in as much as we are still governed by the crop of corrupt politicians we have today.

Nigeria can never enjoy peace and prosperity by these recycled folks which have been holding the nation in bondage for years.

The whole world is shocked with what is happening in this country and the reason for our lagging behind the developed countries are not far fetched.

In a country like ours , it is easier for a drop out, corrupt, inexperienced and men of illegitimate wealth to secure government appointments.

Consequently, I quote, our politicians are acutely SIC (Selfish, Incompetent and Corrupt). These three words deliver nothing but a failed nation like ours. For their incompetent and lack of patriotism, they compensate themselves with extremely fat salaries pension scheme even beyond the reach of leaders of developed counties like U.S, UK and yet we all remain silent.

In recent news, the former CBN governor drew our attention to the amount the senators and house of representatives members go home with at the end of the  month.


He explained that, we have 109 senators in this country and each receives 36million naira monthly, do you know that halve of the salaries of the senators can provide job to more than 21000 Nigerians at a rate of #90000 monthly and each house of representatives received 25million monthly and we have 360 members, halve of the salaries of house of representatives can provide jobs for over 48000 Nigerians at a rate of 90,000 Naira monthly and can live comfortably.

It is something you cannot imagine how much the governors receive monthly. This not only a day-light robbery in this present economic planet but gross injustice which needs to be corrected. And yet we all remain silent, what a shame! what a country!

Some politicians are busy empowering their youths with goats, wheelbarrow while leaders of Dubai, Saudi Arabia are fortifying their future generations through investment in education, technology ,infrastructures and tourism and these politicians have their children schooling in these developed nations not cheaply  empowered but fortified with world class education and proceeds of corruption.

We only express our anger on social medial and the menace still persists, civil servants and pensioners are unpaid for months, educational institutions and hospitals remain massively underfunded and Nigerians are paying for their lives every day. Despite all the funds generated by [department of custom, Nigeria port authority, federal airline revenues](3.9tr) ,10tr from oil and gas in 2017, recovered looted funds(437billion naira) , massive borrowing by the present and past government, they still could not fund 2018 budget of just 8.6tr naira without resorting to further borrowing, what a nation!

You can see why the white guy always feel superior and their embassy and government treat Nigerians with disdain.


The level of corruption has degenerated to the point billions of naira are stashed in several building without traces of the owner of these monies , multi- billion  dollar projects are being awarded without due process without deterring penalties and yet we remain silent and instead flooding the foreign embassy with visa application to gain access into their countries.

According to World Bank, Nigeria is suffering from persistent acute poverty and ranked us as one of the poorest nations in the world.

While we are busy building churches, mosques other countries like china, India, south Africa have taken over key markets like telecommunication, oil and gas, banking, shopping malls and hospitals. Our educational system has degenerated to an extent that no Nigeria University is among the 1000 in the world.

Human life is no longer sacred in the country the life of a Fulani cow is more valuable than human life, this has to stop and we need to take action action, unite, reprogramme the mindset of our nation, rehabilitate the country image, increase productivity and wealth and improve standard of living and security. The time to reclaim this nation is now, enough is enough.
Entertainment News