I May Be Too Blunt, Not Arrogant - Akogun 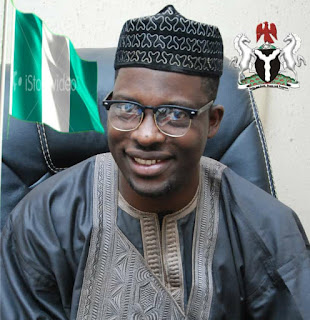 In this Interview with Fountain Newsbreaker, the Chairman of the Association of Nigerian Authors (ANA) in Ekiti State who is also an Aspirant for the Ekiti State House of Assembly under the platform of All Progressives Congress (APC), Akogun Tai Oguntayo, explains why those he called haters consider him arrogant.


Fountain Newsbreaker:  With this intimidating dossier of two Master's degrees and successful careers in journalism and now Law, why did you choose to go for the State Assembly and not National Assembly?

I started my political career at the grassroots level with appointive positions at the Local Govt as a Supervisor for Health and later Secretary to the Local Govt. So, I don't want to jump the gun as many new entrants into politics will want to do today. I therefore prefer the State Assembly, where I can benefit my community and the State at large from my wealth of experience as a grassroots person.

Fountain Newsbreaker: Is this your first time of contesting?
Certainly no. This is the sixth time. First time was in 1997 under the defunct United Nigeria Congress Party (UNCP). Then, I was prevailed upon by our party leaders in the town like: Alhaji MK Lawal and Mr Olabisi Olanbiwonu to step down for Prince Gbadebo Ibuoye, a lawyer and an elderly aspirant. I accepted and he won the election but he was yet to assume office when Abacha's coup took place. My second time was as a flag bearer in 2003 under the platform of the defunct All Nigerian People's Party (ANPP) during the first contest of Mohamadu Buhari for President as ANPP Presidential Candidate. I lost the election to Prince Gbadebo Ibuoye of the PDP during the tsunami election of 2003 where the PDP won 25 out of the 26 seats in the house. My third attempt was in 2007 under the platform of Action Congress of Nigeria (ACN) when AC, ANPP and disgruntled PDP came together to form ACN. We had an inconclusive primary election then in the Constituency but the party leaders met at Mr Ben Alatise's house in Okemesi Ekiti to endorse Hon Kayode Fasakin as the party's candidate. Two out of the three remaining of us who were disgruntled: Gbenga Ogunremi and Aderemi Adeleye (Aluta Chief) left for PDP but I stayed back and worked for the party. My forth attempt at contesting the State Assembly was 2011 under the ACN. It was between me and Hon Kayode Fasakin. It was a very tough battle in the town. He won the primary election and the general election. I resisted the pressure to leave the party and was later made Special Assistant to the Governor cum Director of Media & Publicity of ACN at the State level. In 2015, I attempted contesting again for the fifth time for the State Assembly but leaders of the party pleaded with me not to join the race so that a younger fellow, Johnson Oyekola Bode-Adeoye (JOBA) who they claimed had been spending money for the party could win the primary election. I accepted. Not only that, I donated to his campaign and even served as his Returning Officer at the general election without collecting a dime.  So, this is my sixth attempt of contesting for the State House of Assembly.

Fountain Newsbreaker: WOW! You have really come a long way in the struggle but why are you now contesting against the same person you stepped down for in 2015?

Thanks for this question. JOBA is my good brother and by the grace of God there is age difference of not less than 10 years between us. I stood up to contest for the House for three reasons. One, It was my plan to allow him go in 2015 so that come 2019, I can contest since our constituency has the history of sending somebody once to the House. Therefore, when sadly he lost in 2015, he returned to his job while I remained in Ekiti promoting the party with my newspaper publication. I declared my ambition three years ago when no one indicated interest to run. Two, after the governorship primary election, I invited JOBA to a meeting of the two of us and pleaded with him to also allow me to run this time as I did for him four years ago because, like I told him, he is far younger than I do. I made him realize that age would be against me if I had to wait for another four years. He appreciated my approach but said we should keep talking. The third reason is that unlike before when I ran helter-skelter, most of the ward leaders approved me this time around that they wanted a mature and mainstream politician who has a long history of cordial relationship with Dr Kayode Fayemi. I told them i didn't have money but they assured me of their unflinching support. Having contested five times in the past, I went into a long consultation both prayerfully and politically before finally throwing my hat into the ring.

Fountain Newsbreaker: But some people say you are arrogant, is this a correct assessment of you?

Well, it depends on who you talk to and the angle the person looks at it. What I do hear people say of me is that "Akogun is too blunt". You know in this our environment, if you are too straightforward and will not condone hanky panky game, to those engaging in such habit, they see you as being arrogant, especially if you confront them with the truth. However, if you meet those who are deep in knowledge, even when they once had an argument with me in the past, they will say: "no matter what you may say about Tai, we give it to him that he is mentally sound and blunt". By and large, no one will accuse me of acts of indiscipline. Just like Awolowo would say, when my contemporaries are busy carousing with women of easy virtues, I'm busy in the corner of my room thinking of how to move our dear nation forward. So, why won't they accuse me of being arrogant? Have you seen anyone who ventures into politics without being wrongly accused? They can even call you a thief when of cause you are upright. That's why you see those outside university environment accusing the lecturers of Academic Arrogance (smiles).

Fountain Newsbreaker:  What's now your hope in this forthcoming election?

Like I told my supporters before now, without 2018 there won't be 2019. That is to say, without APC winning the governorship seat in 2018, our hope in any election come 2019 would have been dim but thank God we won. Now, I want to say again, without a successful Primary election there can't be a victorious general election. So, all hands are now on deck to win the primary election because as at today, we are three in the race that I know of. Yes, my other contestants may be more financially buoyant or more prominent on social media, I'm here in Ekiti and of course in Okenesi. I know that election is not won on social media or by noise making among alien friends who know little or nothing about Okemesi politics. Your past records, political antecedents, academic attainments and family background will speak for you not the amount of money you are able to throw to the boys to praise sing your name. During the last governorship election, Governor Fayose's SA on New Media came to Okemesi, ordered his boys to vandalize the expensive bill boards I did for Dr Fayemi at the three main entrances of the town. He boasted that he would deal with me and even called the former Attorney General of the State, Wale Fapounda to harass him but on election day, what happened? His party lost the three wards to APC with an unprecedented wide margin. So, as for me, he who wants to make noise on the social media can go ahead, we shall win this election, God's willing. Thanks.
News