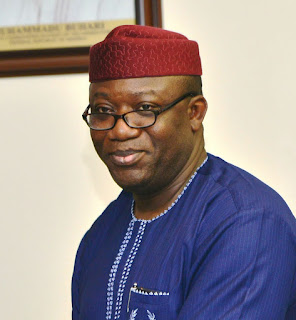 The governorship bid of the All Progressives Congress (APC) candidate, Dr. Kayode Fayemi, has received a boost as he has been adopted by twenty five other  political parties.

Citing what they called Fayemi’s “superlative and sparkling credentials” and life-changing policies and projects during his first tenure, the parties pledged to work for his victory at the Saturday poll.

The parties also praised President Muhammadu Buhari for reducing corruption in the Nigerian society, saying this will help in stabilizing the country economically within the next few years.

Addressing reporters on Wednesday, KOWA Party State Chairman and spokesman of the group, Pastor Ade Ogunkolade, said the decision was arrived at “in the interest of Ekiti

Ogunkolade said Fayemi was the first governor to introduce free education up to the secondary level in the state unlike now when kindergartens were being mandated to pay taxes even in private schools.

He said apart from declaring free education for pupils, that Fayemi also created avenues for employments of youths, such as the State Peace Corps, Volunteer Corps, Social Security scheme, among other policies that affected the lives of the masses positively.

He said: “After careful studies of all these achievements, the CNPP decided to give him all the necessary supports and strongly advise Ekiti people to come out on Saturday ad vote massively for Dr Fayemi to return Ekiti to the golden age of abundance.

“Ekiti people must not be deceived into another era of anarchy, tyranny oppression, indebtedness and deception”.

The CNPP condemned Governor Fayose for allegedly incurring a staggering sum of N117 billion as debt as revealed by the Debt Management Office (DMO) without nothing to show for it as achievements.

“We appeal to the federal government to deploy more policemen to the State to prevent any rigging by the PDP-led government in the state.”