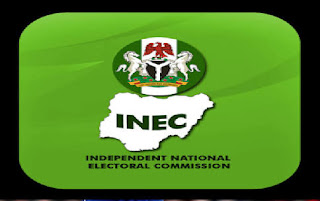 The All Progressive Congress has burst a grand plot by the People's Democratic Party in cahoots with some identified Independent National Electoral Commission (INEC) to manipulate some electoral materials in favour of PDP governorship aspirant in Ekiti State, Professor Olusola Eleka.

This revelation was made at a press conference in Ado Ekiti on Tuesday addressed by the Deputy Director General of Dr John Kayode Fayemi Campaign Organization, Hon Bamidele Faparusi.

Faparusi, a former House of Representatives member and Campaign DDG for Ekiti South was supported at the press conference by the Deputy Directors General of the other Senatorial districts: Hon Sunday Adumo (North) and Alhaji Ayodele Jinadu. The Director of Media and Publicity, Mr Wole Olujobi also made clarifications on some other issues to the press.

"For the reasons best known to them, only the Government House was their exclusive port of call; APC was never in the picture.
After this evil agenda", they further alleged.

It would be recalled that Governor Ayodele Fayose, in a suspicious move during his media chat last week, raised allegations that the APC was in Ondo State Government House to manipulate the ballot to give APC an edge in the July 14 election. To counter this, Faparusi said: "When Fayose is up to something sinister, he will accuse an innocent man of committing that evil. Immediately he made the allegation, we knew he had concluded an evil agenda.
We therefore launched our investigation within the fraud ring in the Government House and the revelations were shocking."

The campaign organization which claimed that the police was aware of their allegation also called on INEC headquarters to note these atrocities being allegedly perpetrated by some officials "to tarnish the image of the electoral body."

It would be further recalled that one Captain Koli made some revelation in a tape after the 2014 election which brought in Governor Fayose. To avert a repeat of that experience, the Campaign body called on security agencies to investigate all these activities and bring the culprits to book.

Meanwhile, in media chart on the State broadcasting station monitored by the Fountain Newsbreaker, the Governor had claimed that "it was APC which was coniving with Ondo State Government to clone INEC materials in preparation for the July 14 election."

The APC also dismissed the rumour that the party Chairman, Chief Jide Awe had resigned. Awe in a message personally signed by him and made available to Fountain Newsbreaker stated that "I don't know where such fake information emanated from. I didn't resign and I have no reason to resign."

With these allegations and counter allegation by both the APC and the PDP, INEC as the umpire has much to do in making the forthcoming July 14 election, acceptable.
News