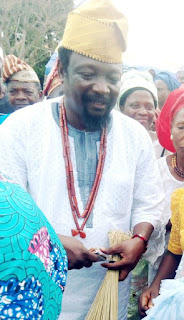 The State Chairman of the All Progressive Congress (APC), Chief Jide Awe, has warned all members and intending members who are causing disaffection in the party to desist reinstating that victory at the July 14 poll is paramount to the party.

The APC boss gave the warning at Erijiyan on Sunday during the thanksgiving party for his freedom from harassment over a phantom allegation of murder by the Ayo Fayose-led administration in Ekiti. 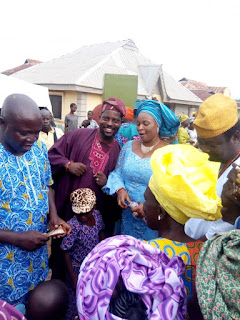 Chief Awe who was partially away from the party Secretariat for more than two years commended his fellow Executive members under the effective leadership of Chief Kemisola Olaleye for holding forte for him while he was not around.

Describing them as the best team he ever had, the APC boss stated that "if not for the unity that reigns supreme in our midst, disunity would have set in and this could have led to my removal during that my period of tribulation."

Awe however observed that despite the peace that was being enjoyed across the State and in various towns of his Local Government in Ekiti West, it should not be in his hometown, Erijiyan where anyone would be moving around to cause disaffection even while such a person was yet to be a member. 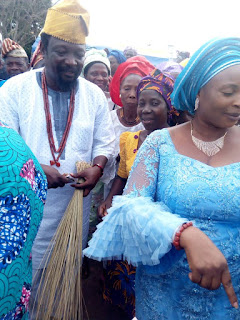 "Anyone who wants to become a member should come to the ward and follow a laid down procedure rather than creating division among members", Chief Awe said. He noted that APC was a party of orderliness which would not tolerate indiscipline in any form.

Commending on the forthcoming election, he said it was a fait accompli because according to him, "it is a job that has been completed by God because Ekiti people are already clamoring for the return of Dr John Kayode Fayemi and there is no doubt that APC will form the next government by God's grace" 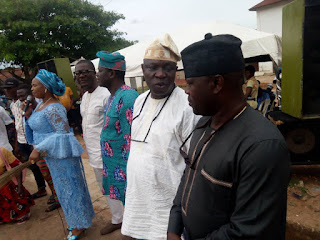 He asked everyone to return to his wards and campaign for APC as the real campaign was at the polling units. He took time to dance with members of the party as Ekiti Kete band entertained them.

The other Exco who were physically present at the occasion include: the State Deputy Chairman, Chief Kemi Olaleye, South Senatorial Chairman, Hon Babade, State Publicity Secretary, Chief Taiwo Olatubosun, State Legal Adviser, Bar Abiodun Fasakin among other members. Various Local government Chairmen and party leaders in the State were not left out.
News