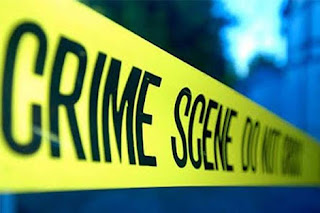 Within 24 hours, APC supporters have received attacks in two incidents suspected to be led  by Fayose's thugs as outrage this evening greets the shooting of an APC member, Willy, at Igbehin area of the state capital.

At about 2.30 am Wednesday morning, armed thugs invaded the hotel owned by former APC governorship aspirant, Dr Wole Oluyede, singing war songs over his support for Dr Kayode Fayemi and threatening to destroy his hotel.

The security guard in hiding in the premises of the hotel said he heard the thugs abusing Oluyede for supporting Fayemi instead of his townsman, Prof Olusola Eleka of PDP.

Before departing the hotel, they shot sporadically, destroying the billboard that Oluyede donated to Fayemi.

This evening, according to eyewitnesses, two men on bike rode past Willy and the rider suddenly applied the brakes and rained bullets on Willy's head.
He has since been taken to the University Teaching  Hospital unconscious for treatment.

Violence against APC members started two weeks ago, when PDP thugs descended on Fayemi' s billboards in Oye-Ekiti in Fayemi's local government when Fayose was campaigning  there for the July 14 governorship poll.
News