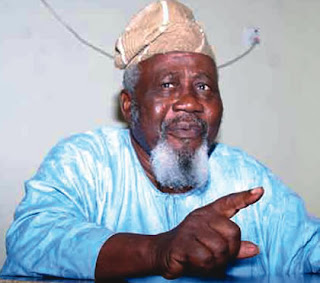 The Association of Nigerian Authors (ANA) on Saturday joined other Nigerians to mourn the death of the pioneer Chairman of the Independent Corrupt Practices Commission (ICPC) and a former President of the Nigerian Court of Appeal, Justice Muhammad Mustapha Adebayo Akanbi.

This was contained in a condolence message issued and signed by the National President of ANA, Mallam Denja Abdulahi on Saturday in Abuja which described the late judge as a great benefactor of the association.

ANA National President, Mallam Denja Abdulahi described the death of Justice Mustapha Akanbi as shocking and a monumental loss to Kwara state, the Nigerian judiciary and the nation.

According to the release “We in ANA received with sadness and a deep feeling of great national loss, the news of the passing away of our Patron, the Founder of Knowledge Platform and the Mustapha Akanbi Foundation which had regularly and freely hosted and accommodated many of our literary activities since the year 2012 .The former President, of the Nigerian Court of Appeal and the Pioneer Chairman of ICPC, Justice Mustapha Akanbi”.

Justice Mustapha Akanbi, whose Son Dr. Usman Akanbi was a former Chairman of Kwara ANA was described as “a principled, dogged and unrelenting legal luminary. Fully committed to any legal and educational course he believed in.
ANA President recalled that just recently in April 2018 the late Justice Akanbi graced the national capacity building workshop held by ANA at the knowledge platform in Ilorin where he advised the Association and blessed its activities. On a final note, Denja Abdulahi said that Justice Mustapha Akanbi’s death at this point in the re-building of our nation towards the paths of integrity and accountability will be missed by all. This is because his contributions, not only to the development of the Kwara state, but to the legal and political advancement of our country have been enormous. His type is rare, his personal sacrifices and selfless services to the poor and his people uncommon. He deserves everything that the Federal Government and the Kwara State government can do to give him a befitting honour to immortalize his name as a great legal luminary and scholar.

Denja Abdullahi prayed to Allah to give his family the fortitude to bear the loss and also extended his heartfelt condolences to Mallam Yusuf Ali (SAN) and all Kwara ANA members.

In message sent to the Fountain Newsbreaker, the former National President of ANA, Dr Wale Okediran also said: "late Justice Mustapha Akanbi was a great literary enthusiast and supporter of the arts. Apart from his Autobiography, Justice Akanbi was also the author of some other books. For several years, he used to host the meetings and seminars of the  National Exco of ANA in his Library inside the premises of his Justice Mustapha Akanbi Foundation in Ilorin. This was in addition to the meetings of the Kwara branch of ANA which was once headed by his son, Dr Ladipo Akanbi.

He joined the Ministry of Justice and became a Senior State Counsel in 1968. In 1969 he set up in private practice in Kano.

Akanbi was appointed Judge of the Federal Revenue Court, (now known as the Federal High Court) in 1974. He was elevated to Court of Appeal Bench in January 1977 and after a distinguished service period of 25years, he voluntarily retired as President of the (Nigerian) Court of Appeal in 1999.

It was in recognition of his distinguished career, as a forthright and incorruptible judicial officer, that he was appointed in the year 2000 by the President of Nigeria to head the newly established Independent Corrupt Practices and other Related Offences Commission (ICPC), a body vested with the statutory responsibility of combating the malaise of corruption within the Nigerian polity.

On completion of the first term of office in year 2005, he politely declined the opportunity offered him to serve another term of five-years.

He is a well-respected nationalist and jurist and an embodiment of piety. He is a Commander of the Federal Republic of Nigeria (CFR).
News