A young and vibrant governorship aspirant under the platform of the All Progressive Congress (APC),  Mr Abiodun Isola Fapohunda has admonished all former Governors who are aspiring to recontest to shelve the idea and support young and dynamic aspirants.

Fapohunda, a constitutional lawyer gavrvthis admonition why declaring his ambition to contest to the State leadership of the party yesterday. 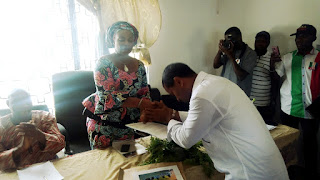 The Okemesi-Ekiti born politician pleaded that young men should be allowed to turn the State around rather than parading the same old hands who have had their own turn to showcase their ability in improving the lot of the people. He told the State Executive of the party at the state party secretariat that if given the opportunity, he put his experience in governance and politics to bear. 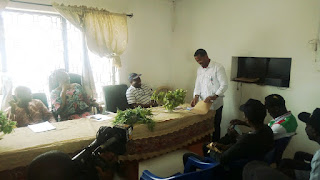 "It's confusing if at age 60, 70, our leaders are still vying for the post of Governor! What are they going to leave for us, their brothers? Anyibd who has been governor before should at least give another person among his followers chance to grow politically."

He then enjoined them to emulate Otunba Niyi Adebayo, who he said never contested again after being governor once, "Otunba Niyi Adebayo at his 40s was governor, he relaxed and never vie again, that inspired us. So what do our leaders know that we don't know". He said. 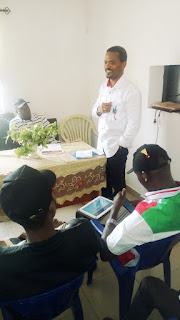 Talking about the plans his government will put be place in other to develop the state if given the opportunity, he said, "any state that will experience development must make the education of her children a prority" Hence his government, according to him, will make Education free, compulsory and qualitative at both the primary and secondary level. 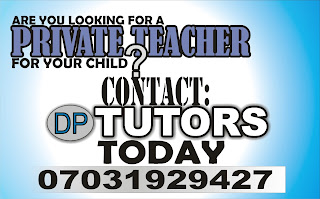 He said, "it is very disheartening, that Ekiti which was known to be fountain of Knowledge is gradually losing her pride, that even people who teach in Ekiti can not put their children in Ekiti Schools". He however announced that his government will run free education for indigenous students at the tertiary institution level. "It will be a scholarship scheme. It is very possible and I challenge other aspirants and the present government to a debate on this,  we all know this is possible" he added. 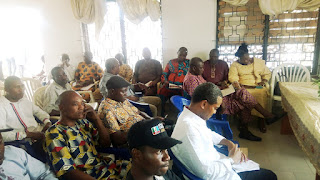 He made mention of improving the health sector, lamenting over the poor state in which our health sector in Ekiti is presently. He then promised to do something about it if elected.

Reacting, the Deputy Chairman of the Party, Chief Mrs Kemisola Olaleye commended him for the great vision he has for Ekiti and for delivering such and inspiring speech. She said,  the aspirants who are mobilizers are the one developing the party and urged him to continue the good work. 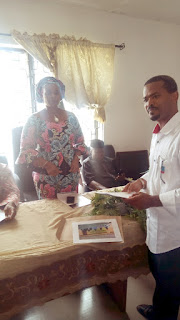 Present at the APC secretariat for the declaration, were the Publicity  Secretary of the party, Chief  Taiwo Olatunbosun,  other state Executive Members of the Party, party leaders form some selected local government and Okemesi-Ekiti and ido Ile.
News Photo Speak