NBTE Boss Swearing-in Comes Up a Year After Appointment 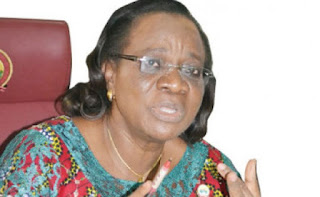 At last, the swearing-in of the Chairman of the National Board for Technical Education (NBTE), Professor Modupe Adelabu comes up today, Thursday March 22, almost a year after her appointment.

On April 6, 2017 the Minister of Education, Mallam Adamu Adamu, in a statement personally signed by him, announced the approval of the President for the composition of 19 agencies under his ministries among which is NBTE to be headed by the former deputy governor of Ekiti, a Professor of Education. She had earlier served as the State Chairman of the Universal Basic Education Board before being made the deputy governor after the demise of Mrs Adunni Olayinka.

The foremost educationist delivered the Lead University's Annual lecture last year titled: *"Federalism, Regionalization and Ethnicity: Foundation of Nigerian Educational Policy.* Her inauguration which will take place in Abuja today is coming eleven months after she was announced.

Before her appointment as Chairperson of Ekiti State SUBEB in July 2011, Mrs Adelabu, a Professor of Education at  the Obafemi Awolowo University, Ile –Ife, was Head of the Department of  Education Administration and Planning of the institution.

She has also served as resource person for UNDP, UNICEF and UNESCO on various educational issues. She was also part of the 15-member Education Reform Panel that worked on  Ekiti State government’s reforms in the education sector.