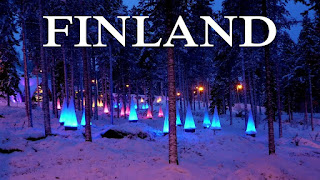 One of the things I dream of is a holiday or a kind of trip, to a country like Finland. Many who do not know what Finland is made of; do ask me, Why Finland?” Well right from my secondary school days, I had always dreamt of studying abroad and one of the countries that drew my attention then was Finland because of her Tuition-free education, even at the University level.

Many may want to say, it is not only Finland that offers tuition-free education abroad, yes! but, there are many other reasons I have fallen in love with Finland and the Finns (who are in fact the happiest people in the world). As it would be impossible to list them all, I will just make a random list of some interesting and fun facts about Finland  hope you enjoy it! 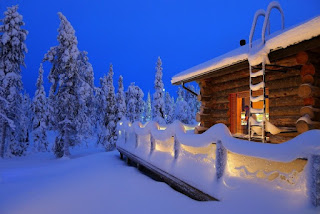 Having done a lot of researches about Finland and the Finns, I have discovered that they are full of interesting contrasts, such as the four seasons, the Midnight Sun and winter darkness, urban and rural, East and West. Some of worlds best Northern Lights can be spotted in Finnish Lapland. The Aurora Borealis  as they are also called  can appear more than 200 nights a year. Thats pretty much every winter night.
Another thing I learnt is that, they have more forest and water than, anywhere else in Europe. You may have heard that Finland is the Land of a Thousand Lakes. The water is also said to be some of the cleanest, wow!


As a lover of food, the food scene thing also interests me; Finland has the most creative Food scene. They have what they call ‘Restaurant Day’  a day when anyone can set up a restaurant of their choice, anywhere they want  It is a Finnish invention, you know that would be great right? And would you have imagined that Helsinki has one of the most vibrant food scenes in Europe? 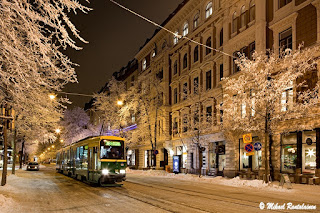 Since I was a child, I have heard the story of the one and only Santa Claus who gives gifts and greet visitors all around the world. Though we were made to understand that Santa lives in Rome but my findings made me know that, Finland is the only place in the world to meet the real Santa Claus. Although originally from Korvatunturi, the man in red now resides in Rovaniemi, Lapland, where he greets visitors all year round.


Everyone loves a place that is safe and calm, do you know that, Finland is one of the few countries in the world where lost wallets and mobile phones get returned to their rightful owner. People feel safe walking alone in city parks or use public transport regardless of the hour. 11 out of 12 wallets deliberately left abandoned around Helsinki were returned according to a Readers Digest global test on honesty.
I also learnt that, that Finland has the angriest birds. You didnt know the Angry Birds were a Finnish invention, do you know now? Clash of Clans also comes from Finland, as do most of the greatest mobile phone games ever invented. In fact, per capita, Finland has produced more successful games than any other country in the world. 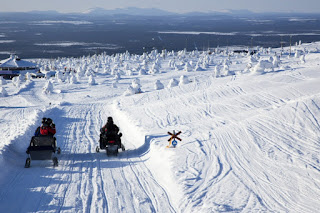 If I would be opportune, I would like my wife to have our child in Finland, you know why? Finland is the best place to be a mother or a child. Did you know that many Finnish newborns sleep in cardboard boxes? Since 1938 Finnish state has provided all expectant mothers with a beautiful, durable box with clothes, sheets, nappies, toys and a mattress  making it an excellent bed for a tiny newcomer.
All mothers get to stay at home with their baby for almost a year with full salary or excellent benefits. When a parent with a child in a buggy uses public transport, they travel free of charge in most cities. When the children grow older, their luck continues  Finland has held first place in OECDs Programme for International Student Assessment (PISA) for several years, ranking our education system as one of the worlds best.
This means that the Finnish school  also free of charge  is a good place for a child and that they are happy.

Femi Oguntayo is a Nigerian, a Journalist and the Online Editor of Fountain Newsbreaker Newspaper. (A Community Newspaper in Ekiti State, Nigeria)