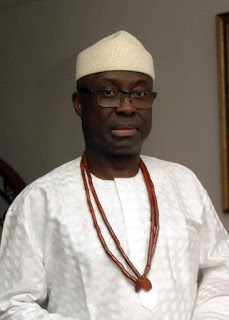 The erstwhile deputy governor in a press statement sent to Fountain Newsbreaker described Otunba Adebayo as an epitome of humility not only in Ekiti but Nigeria as a whole.

Adelabu who is also the Chairman of the National Board for Technical Education noted that "it's rare for someone to enter Nigerian politics since 20 years ago and still has his integrity intact.

She noted that the first executive governor was a unifying factor among the progressives in Ekiti State saying "he knows when to give direction and he never misdirect his followers."

Adelabu therefore prays for his entire family especially his wife Erelu Angela Adebayo, who she described as "the pillar behind our leader."

"Behind every successful man there is a woman. This is exactly what Erelu Angela is to Otunba Niyi Adebayo. I therefore pray that they will live long to reap the fruit of their labour" the Ado Ekiti born princess said
News