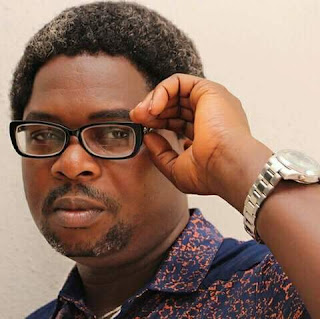 Contrary to the widely circulated story by Governor Ayo Fayose's media handlers on grazing law, the Deputy Chairman of the All Progressives Congress (APC) in Ekiti State, Kemi Olaleye, has refuted the report linking her with any radio programme in Ibadan, Oyo State or any part of the country

The Special Assistant to the governor on new media, Mr Lere Olayinka who is widely acclaimed to be harbinger of fake news, alleged her of supporting the killings in Benue State and purportedly blaming Governor Samuel Ortom of Benue State for copying Governor Ayodele Fayose's anti-grazing law that sparked the Gboko, Benue State, mayhem.

The APC boss told Fountain Newsbreaker that she never left Ekiti throughout last week needless to talk of granting any radio interview in Ibadan or elsewhere.

She however noted that she was not disappointed in "Lere's lying spirit because Fayose his boss is also a  pathological liar.

The State Publicity Secretary of the APC, Taiwo Olatunbosun, Olaleye also alleged that the false report bore the footprints of Fayose's media aide, Lere Olayinka, who she alleged was notorious for writing press releases on behalf of APC as a party and innocent APC members to support unpopular policies in order to set the public against such individuals who knew nothing about such press releases.

Insisting that she neither travelled to Ibadan nor spoke with journalists on Benue State crisis, the APC leader said the lie against her was one in the series of such lies against APC leaders traced to Lere Olayinka's links on social media.
She said: "This is a lie from the pit of hell. I, the State Deputy Chairman , Mrs Kemi Olaleye, did not feature on any radio programme.

"This is the handiwork of Lere Olayinka because he was the one personally sending that particular statement to individuals and media platforms like he used to do in several instances to blackmail innocent people and set the public against such individuals.

"Let me point the attention of the general public to a magazine publication that profiled Lere Olayinka as an alleged serial fraudster where series of criminal allegations bordering on alleged stealing, forgery, extort on and impersonation were raised against him but which he could not deny.
"It is a fact that in the traditional and new media circles, Lere Olayinka is notorious for committing criminal libels over which he is facing several criminal charges in courts.

"This is not the first time he is lying against innocent people. He once lied against Ekiti State Chief Judge, Justice Ayodeji Daramola, that he took N250m in bribes from Asiwaju Tinubu to return guilty verdict on Fayose in his perjury case while also lying against the same chief judge that he took millions of naira from former Governor Kayode Fayemi to manipulate the case on local council creation.

"A fake online story was once traced to Lere Olayinka's links when a statement was written on behalf of Ekiti State Chairman of APC, Chief Olajide Awe, purportedly abusing Pastor Enoch Adejare Adeboye for visiting Fayose in Ado-Ekiti.

"The same fake website was used on behalf of APC Publicity Secretary, Taiwo Olatunbosun, purportedly accusing President Muhammadu Buhari's wife, Aisha Buhari, of complicity in Halliburton scandal and asking the First Lady to defend herself whereas Olatunbosun wrote nothing to the President's wife.

Olaleye said that Lere Olayinka by resorting to these lies had confirmed the political heat on Fayose who "is jittery, frustrated and desperate to impose his stooge on Ekiti people" also accused Fayose of exaggerating the herdsmen's crisis without letting the public know that he was also involved in cattle rearing business in the state.

She explained: "We need to establish this for first time that Fayose is involved in cattle rearing business and engages the services of herdsmen who invade private farms and destroy them but will cleverly blame the Fulani herdsmen that work for him and other cattle owners of Ekiti origin
"Fayose and his goons are known to be manufacturers of lies and no one takes them serious any more.
"We urge members of the public to disregard their lies as we are prepared to vote him and his stooges out for making life extremely difficult and hard for the people of Ekiti through their anti-people policies they have been using lies to sustain as pro-people policies.
"Even though we are aware that Fayose has a killer squad he is using to torment Ekiti people and members of the opposition, we will continue to speak against his evils against the people of Ekiti State and we are sure that  he will answer for all his crimes against the state after losing his immunity.
"Fayose and his political dogs should stop misinforming the people because President Buhari has stated expressly that he won't create colonies anywhere.

"The purported statement credited to me is the handiwork of Fayose, PDP and the cobbler in the Ekiti Government House calling himself a journalist."

Meanwhile there are contradictory reports in Ekiti government circle over  the refund of N11b  to Governor Ayodele Fayose by Federal Government.

It was widely reported that, Mr Olayinka while speaking with some reporters at the Government House in Ado,  said the State government had eventually received the money.

According to the report, Olayinka  reportedly said: "although the governor sympathised with the workers over unpaid salaries, government cannot abandon some infrastructure that are nearing completion for the next administration".

He was further quoted to have explained: "Salary payment is not something that a succeeding administration can ignore to pay, but it can decide to abandon uncompleted projects. That is why the completion of ongoing projects is very important and that is why Governor Fayose had decided to devote the N11b just received to projects completion."

He allegedly blamed the Federal Government officials for making the payment of the refund public by disclosing to some journalists in Abuja, who published the story that is now putting pressure on the government.

In another contradictory story, Mr Olayinka allegedly issued a confusing report to disclaim the earlier report of receiving the 11 billion from the federal government.

In view of the recent government alleged insincerity over the debt profile of Ekiti Stste  as officially released by the Debt Management Office,  the public could not trust Mr Olayinka's denial of the receipt if the refund