Ekiti based medical practitioner and a governorship aspirant under the platform of the All Progressive Congress (APC) in Ekiti State, Dr. Adebayo Orire has condemned the taxation of primary school children in the state by the government of Governor Ayodele Fayose describing it as animalistic.

The Ikoro Ekiti born politician made this statement at a programme organized by the Nigeria Union of Journalist (NUJ) Ekiti State Council, tagged ‘My Agenda’ on Monday 5th of February 2018. The programme which was held at the NUJ Press Centre along Ilawe road in Ado-Ekiti is an initiative of the new leadership of the union under the headship of comrade Rotimi Ojomoyela.
The programme was organized to bring aspirants from all political parties, captains of industries and academic institutions etc closer to the people and the press. This will give them the medium to tell the people what they have in their agenda for the State.

The union Chairman in his opening remarks commended Dr. Orire for being a lover of Ekiti people as the only one aspirant who stayed in the State to practice as a medical doctor even when others were shying away from investing and settling down in  State. He however informed Orire of the challenges facing the union in the state and solicited for his support in tackling these challenges. 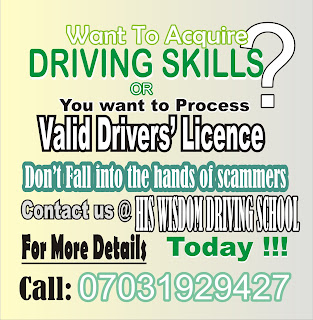 Orire, talking about his vision for Ekiti State, said there was no single industry in the State hence, his reason for contesting so as to revive and create industries in Ekiti. This, he believes, will make provision for jobs.

He however condemned the high rate of poverty among the people of thei state presently tagging the government of Ekiti State as being disgraceful. He said, it is not the fault of the governor but the fault of everyone in the State including himself, for allowing such a person to become the State governor. He went further to say, that governor Fayose had disempowered the people and that is why even with six month unpaid salaries of workers in the state, people still follow him about.
Dr Orire said if elected as the governor of the state, his government would invest in the youths by encouraging them to venture into farming and this would be achieved by providing them with the necessary facilities and creating small, medium and large scales industries throughout the state.

\When asked to talk about zoning of the next governor in Ekiti state to the south senatorial district, he said he had made his findings from notable party leaders of his party APC and he had come to the conclusion that there was no such thing as zoning, “the issue of zoning is actually dead on arrival” he added.

Orire who claimed to be a grassroot person from the onset asserted that if the people wanted a grassroot candidate, he was the right man claiming to possess all the qualities Ekiti people wanted in a grassroot politician in terms of integrity, intelligence, love of the people and so on.
he was asked of why he perpetually hates Governor Fayose and he immediately replied that he did not hate governor Fayose but he disliked his style. “You cannot like someone who disgraces a place you love” he said.
Orire while talking about his chances of clinching the APC ticket with the likes of Engr. Segun Oni, Michael Opeyemi Bamidele, Wole Oluyede and even former governor Fayemi who were believed to be richer, said, there was no candidate who had his money amongst all the aspirants.

“I have been making money even before some of them left secondary schools, so forget about money; the money for primary will surely come” he added concluding that “PDP is dead in Ekiti state and in Nigeria. APC will defeat PDP come July 2018 governorship election in the State.

Others present at the event were, the Vice Chairman of the Union, Comrade Ronke Samo, Secretary, Comrade Kayode Babatuyi who anchored the program and other Chapel Chairmen.