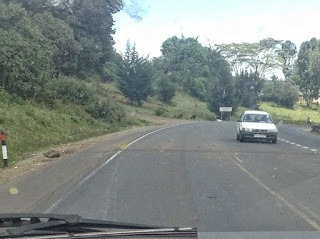 The Federal Ministry of Works, Power and Housing on Tuesday warned communities located near federal highways in Nasarawa State against erecting bumps without approval.
The Federal Controller, Ministry of Works, Power and Housing in Nasarawa State, Mr Wasiu Adetayo, gave the warning in an interview with the News Agency of Nigeria (NAN) in Lafia.
“Normally, for you to fix bumps on a federal highway, you need to take permission. We always reject such request because it is not done.
“They will come with various excuses such as vehicles killed their people and so on, but by the time you fix such bumps, it is no more express.

“That is not to say I am exonerating drivers who speed recklessly but the fact remains that we don’t allow speed bumps.
“So, what they do is to wake up one morning and fix bumps without permission and the bumps they fix cause more accidents which they are trying to prevent,’’ Adetayo said.
He said it was strange that most of the communities were erecting bumps without the knowledge or approval of their traditional rulers and preventing their demolition aggressively.
“It got to a stage that the controller cannot just go out and say he wants to demolish illegal bumps. They will attack him.
“So, we now propose to the headquarters that we have to use uniformed men to assist us because eventually it will get to a stage where we will go out and demolish these bumps.
“We also discovered that to approach this issue, we need to carry the traditional rulers along,” the federal controller said.