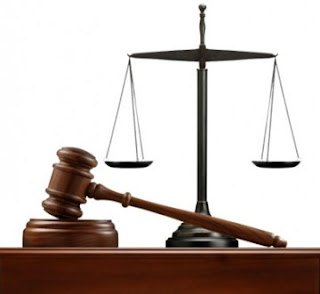 Seven suspects standing trial in murder's case and complicity in killing of former chairman NURTW in Ekiti State, Chief Omolafe Aderiye have been discharged and acquainted.
Justice Lekan Ogunmoye said the prosecutor needs to prove their case beyond the reasonable doubt.
Jubilation rent the court premises as the supporters of freed men chanted solidarity songs in the support of the court judgement. The accused have been incarcerated for more than three years.
The seven freed suspects are: Niyi Adedipe (Apase), Sola Adenijo (Solar), Bayo Aderiye (Ojuigo), Rotimi Olabiwonu (Mentilo), Sola Durodola, Ajayi Kayode and Oso Farotimi.
Meanwhile, the All Progressives Congress (APC) in Ekiti State has praised Ekiti State judiciary for living to the expectations of Ekiti people in ensuring justice in the murder trial of APC members who were framed up by the administration of Governor Ayodele Fayose over the murder of the leader of drivers'union in the state, the late Omolafe Aderiye.
The court discharged and acquitted the innocent people after facts revealed that they knew nothing about the murder. After the late driver was murdered, his aide, Gbolahan Okeowo, made a statement implicating the  APC members. Later, he swore to an affidavit recanting his earlier claim, explaining that Fayose's media aide, Lere Olayinka, tore his true statement and personally wrote another statement implicating APC members and coerced him to submit the false statement to the police implicating innocent people.
Gbolahan ran away from the  state after making his confessional statement following threats to his life by suspected Fayose's aides. In court, witnesses could not prove their allegations against the accused.
In a statement in Ado-Ekiti by Publicity Secretary, Taiwo Olatunbosun, the party expressed delight that “one of the many illegalities of Fayose and his gang of criminals has been foiled by the court in Ado-Ekiti today".
He added: "We are happy as a party that truth has reigned over falsehood despite Fayose' intrigues in  perpetually keeping innocent citizens in prison over trump-up murder charges orchestrated by him and his PDP terrorists.
"The discharge and acquitted verdict pronounced by the presiding judge has vindicated us that Ekiti is under bondage of a ruthless governor that could do anything to subvert constitution and the rule of law and keep innocent people in pains to rot away for the offences they do not commit if that will allow him to seize Ekiti landscape to perpetuate impunity.
"We commend the judge and the judiciary for this landmark judgement and by this judgement, our people are a bit relieved that for once the judiciary in Ekiti will regain its independence under the megalomaniac rule of Fayose.
"We shall do everything under the law to end Fayose's misrule and season of anomie in Ekiti State this year.
"We will join and support our people to seek redress against the illegality of their detention and sufferings." Olatunbosun added that Fayose had questions to answer on his involvement in the callous incarceration of the innocent people over trump-up charges and other infringements against the law and rights of citizens, particularly members of the opposition.
"This is calĺing on the security agencies to beam their searchlight on Fayose in the investigation of Aderiye's murder because we see the trump up charge against members of our party as an attempt to hide the facts of the murder."