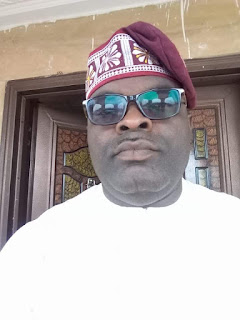 After a long drawn battle to lead the Nigerian Union of Journalists (NUJ), Ekiti State council, peace has eventually returned to the union.

Speaking during his swearing in at the Press Centre, Oke Bareke in Ado Ekiti, the newly elected Chairman, Mr Rotimi Ojomoyela, a correspondent with the Vanguard newspaper, said there was no victor and no vanquished. He urged every member of the union to join hands with him to ensure that the union was lifted to enviable height.

The election which took place on Friday 29 December, 2017 initially witnessed a protest by two out of the eight chapels that made up the council on the ground that they wanted the election postponed. However, the majority votes among the Committee of Chairmen and secretaries of all the chapels endorsed the conduct of the election that day.

The election which started at about 9:30am ended at 12 noon and the counting took place immediately in the presence of the zonal leadership of the union and security operatives.

At the end of the election, Comrade Rotimi Ojomoyela of Correspondents' chapel emerged as the Chairman while Mrs Ronke Samo of National Orientation Agency (NOA) emerged as the Vice chairman.

Other elected officers are: Comrade Kayode Babatuyi of the Federal Radio Corporation of Nigeria (Progress FM) as the State Secretary, Comrade Michael Olaleye of the Nigerian Television Authority (NTA) as the Treasurer and Comrade Remix Adegoke of the Local Government Information chapel as the Financial Secretary.

Speaking shortly before the oath of office was administered by a legal practitioner, the National Vice President (Zone B) of the union, Comrade Cosmas Oni, commended members for the peaceful manner on which they conducted themselves during the conduct of the election. Oni noted that "there is bound to be disagreement before any election but the moment election is over, everybody comes together as one family. NUJ does not have the tradition of do or die politics."

The Vice president who was accompanied by the Council Chairmen and secretaries of Ogun and Oyo announced that "since this election was a continuation of the previous electoral process, the lady who contested for the position of the Auditor which was unopposed should be sworn in by the Chairman but if she fails to turn up, a by election should be conducted within three months to fill the vacancy."

Giving his acceptance speech, the new State Chairman disclosed that he would do his best to reunite all members of the union. He also promised to the enchantment of all members that the press centre would become lively as from the first week of January, 2018.

Ojomoyela who was the Chairman of Correspondents' chapel for six years commended the national leadership of the union for its doggedness in ensuring that the election took place as scheduled. He also commended the security agencies for maintaining laws and orders before, during and after the rescheduled election. 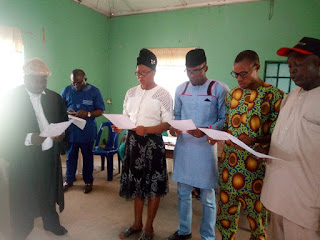 Addressing a group of journalists after the swearing in, a former State Chairman of the Council, Akogun Tai Oguntayo stated that "for the union to move forward, members must always display maturity, obedience to constituted authority and respect to elders of the union".  He enjoined members to cooperate with the new council leadership so as to make the council compete well in the comity of State Councils.

After the election, the first assignment performed by the new Chairman of the council and his team was a visit to the Commissioner of Police, Mr Chafe who released to them a journalist, Mr Sunday Abimbola aka Yadnus, a photographer with the ministry of Information who was arrested at the venue of the election for attempting to disrupt the election process for the second term. 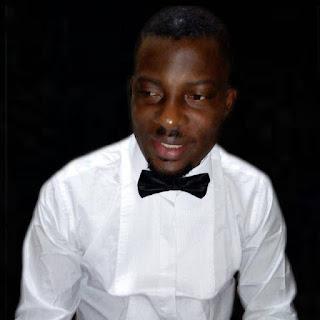 The new executive members were accompanied to the Police State Command where the Commissioner of Police addressed them and commended then for eventually conducting their election without any rancour or breach of public peace.