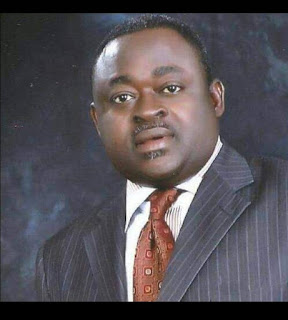 The Old Students' Association of Okemesi  Community High School (OCHS), Okemesi Ekiti, will on Christmas day, hold its reunion get together party inside the school premises at 2pm

A press release made available to the Fountain Newsbreaker and signed by the National Public Relations Officer, Mr Abraham Olusegun Adeleye disclosed that the meeting would be in two segments-business and entertainment.

The statement further said that in consonance with the constitution of the union,  "the Association is expected to conduct an election into the National Executive Council after every renewable term of two years. This will be followed by wining and dining together as a popular juju maestro has been engaged to entertain members on the open field of the school."

Meanwhile, the agenda for the meeting as released by the National Secretary, Akogun Tai Oguntayo, also disclosed that the activities of the current administration will be presented to the members by the National President, Mr Moses Jolayemi while the school Principal will also be on ground to welcome the old students and give a detailed account of the state of affairs of the school and the likely areas of support.

He further urged members to be punctual as issues relating to the 40th anniversary of the school would form the nucleus of the meeting.

Going back the memory lane, the PRO said: "The school was founded in 1979 and headed by the pioneer Principal, Mr Abraham Adewale Adegboyo, a native of Orin Ekiti who is now deceased.

Late Adegboyo, he noted was an erudite scholar with a clear vision who nurtured the school to greatness before he left in 1984. It was reported that there were several occasions in the past when Community High School led other much older and better funded Grade A secondary schools in the old Ondo State in the areas of sports and academic performances including inter-schools debates, quiz and essay writing competitions.
Adeleye observed that on one particular occasion, Community High School Okemesi came first at the grand finale of a major quiz competition, beating all other schools in the old Ondo state, adding that Community High School was barely five years old at the time.
The previous year, the school also came first in an essay writing competition in Ekiti West Local Government. Noteworthy is the fact that the young school later clinched the 4th position at the state level where over 600 candidates from all secondary schools in the present Ondo and Ekiti states participated including Advanced Level students.
It is indeed amazing to note that, a "Jerusalem site" exists in this school. The location is near the school hall christened "Adegboyo Hall".  It is situated near the hilly part of the school, a location with green revolution applaud.

The school has enjoyed pockets of generosities  of the government, her old students association as well as social clubs in the past, Adeleye said. According to him, one of the old students, Pastor Goke Aniyeloye, a Senior clergy at the Redeemed Christian Church of God (RCCG) sponsored the tiling of the floor of the laboratory hall while the former Secretary to the Local Government, Akogun Tai Oguntayo donated a unit of computer system to the school for its administrative use. A very popular and vivacious social club in the town known as The Likes Group (TLG) also renovated a block of four classrooms which had over the years become decrepit.
As the 40th anniversary of the school draws nearer, activities are in top gear to celebrate it since its former students are now captains of industries and leaders of thought across the globe.

In view of this, several activities have been earmarked for the 2017 get together programme slated to hold in the school premises on 25th December. Members all over the world would be coming together once again to celebrate a reunion of the old folks.

As a note of uniqueness, all members have agreed on relocating their families arsenal to the school premises to celebrate the long due get together.
News