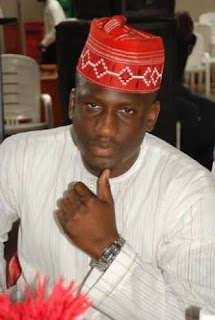 A chieftain of the All Progressives Congress (APC) in Ekiti State, Mr Makinde Araoye, has said that what the state needs is a honest leader who can tackle the challenges of unemployment and poverty confronting the people.

He said the current state of the state called for a deep thinking amongst the populace so as to study the people they elect as leaders and choose the ones that can protect their interests for self-development and economic prosperity.
The Ilawe-Ekiti born politician said what Ekiti people had gone through in the last three years of "deceptive rule" should be an eye opener to the reality that what they need is an honest, visionary and creative leaderships that will take care of their future needs  not a government that chose "tokenism for temporary relief of pains".


Araoye spoke at the Social Security empowerment programme he organised for the people of the South Senatorial zone held in Ikere-Ekiti on Friday.

He said the event was a continuation of his social security programme through which he had been reaching out to the aged residents of the senatorial zone to share their pains and offer assistance to the areas of their needs to alleviate poverty amongst the people.

Empowerment and food items were distributed to residents irrespective of party affiliation by Mr Makinde Araoye who called on other leaders to come to the aid of the poor by offering them assistance that can address their immediate and future needs in order to permanently solve the crisis of poverty among the people. 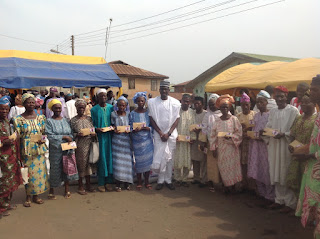 "I share your pains in this season when you are supposed to be with your family giving thanks to God for surviving the year.
"But what we have among our people, that are very visible, are anger, sorrow and deep pains unleashed by a deceitful government that shares two cups of rice a year as a solution to our people's poverty. 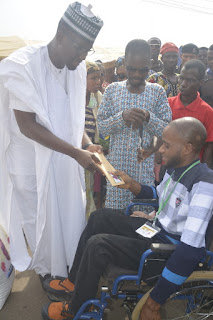 He also encouraged the people and party members to be prepared to use their power of civic responsibility responsibly to effect change that is inevitable in Ekiti next year.
He described Ekiti as a state endowed with natural and human resources but which was going through hard times as a result of mismanagement of her resources and misplacement of the priority needs of the people under Fayose's administration.

Friday's programme by the APC leader marked the third in the series of his empowerment programmes in the South senatorial district comprising Ikere, Ise/Orun, Ekiti South-West, Gbonyin, Emure, Ekiti East local governments with 64 wards where various food items and cash were distributed to the people. 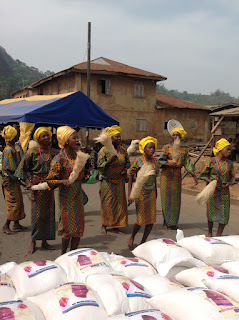 The event which was presided over by Ekiti South Senatorial Chairman,  Kayode Babade and attended by major stakeholders of the party.  Party members and beneficiaries of Araoye's gesture praised him for lifting the spirits of the senatorial district residents at the time they were left "at the mercy of hunger and want by an uncaring administration". 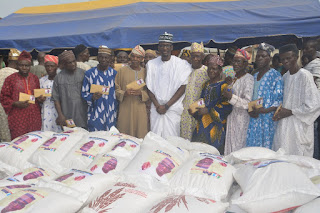 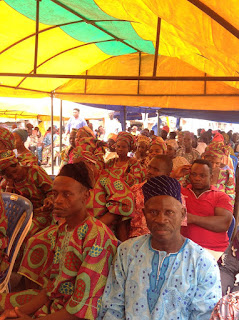 Others at the event included APC's Publicity Secretary, Taiwo Olatunbosun; and Assistant Secretary, Gbenga Agbeyo, among other party and community leaders from the south senatorial zone.
Entertainment News