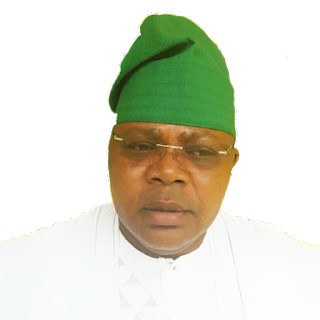 The Accord party government  if voted into power in Ekiti come July 14, 2018 will focus on generating employement opportunities for the unemployed youths in Ekiti state.

The governorship aspirant under Accord party, Akogun Banji Ojo made this promise in the week during an interaction with Fountain Newsbreaker.

According to him,  "this shall be done holistically by focusing more on agriculture. The cocoa plantation initiatives shall cut across the three senatorial districts and provide employment for close to 1,000 youths in the first year. Also the banana plantation shall also commence on assumption of office simultaneously with the cocoa plantation."

The Holland based publisher announced that  Acres of land would be acquired at Ilawe Ekiti while some of the towns and villages in the South West Local Government of Ekiti state would be used as take off sites.

This was part of the resolutions made during the week at the state executive working committe of the party held at the party secretariat in Ado Ekiti and made available to the our correspondent by the party Publicity Secretary, Deacon Joseph Lanre Anifowose.

According to the report, the governorship aspirant laid much emphasis on the Agric revolution that should take place in Ekiti if voted into power. He further reinstated his determination to invest in Igbemo Ekiti rice in a mechanized form if voted into power in addition to the cocoa and banana plantations.

The Ayegbaju Ekiti born politician mentioned that Igbemo rice could be cultivated twice within a year as a result of it's short time of maturity to harvest. In view of this, he opined that thousands of jobs would be created in the agric sector of the economy to boost internally generated revenue for the state.

The release disclosed that soil experts would be engaged to determine other what would be obtainable in other towns and villages where rice can be grown.

"Within the next three years of our government in Ekiti state over 5,000 lucrative and profitable jobs would have been generated in the agric sector of the economy alone" it read.

Speaking earlier in his opening remark the state chairman of the party Chief Samuel Odeoba admonished all to be steadfast and have faith in the party's determination to win the governorship election come 2018.

According to him "it is the only weapon at the disposal of the electorate to choose government of your choice".
News