A Governorship Aspirant under the platform of the All Progressive Congress (APC), Mr Kola Alabi, Will today celebrate his birthday with the less privileged and motherless babies home in Ekiti State.

In a Brief chat with the Fountain Newsbreaker, his Director General, Hon Toba Adaramola disclosed that Mr Kola Alabi had always been identifying with the motherless babies and the less privileged in the society.

Adaramola who was the former Chairman of Irepodun/Ifelodun said "unlike some politician who are being pushed around because of ambition, Kola Alabi has always devoted his whole life to helping people even when he was not in politics. He is a promise keeper who would not say one thing and mean something else."

In a separate interview with our reporter, Mr Alabi said: "a life that is worth living is a life dedicated to humanity.. From my childhood, I hate to see people wallowing in abject penury".  He stated that " politics or no politics, those who know me can attest to it that I hate to see people suffer".


The Director General further said: "KA is a man of the people and this is what he does every year, so he will continue in that like by attending to the needs of the less priviledged in the society". 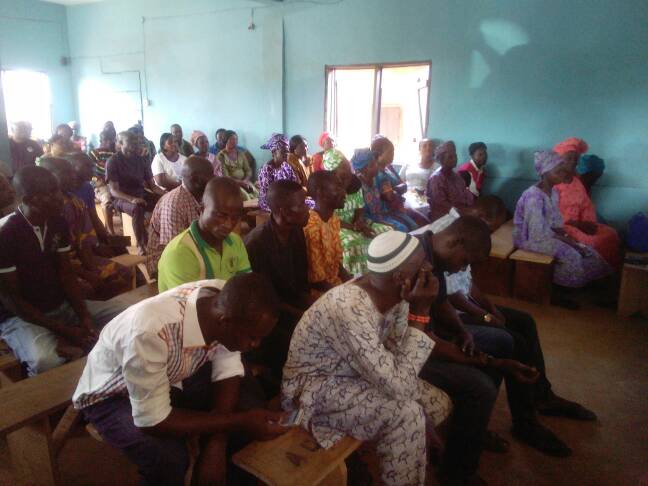 Meanwhile, Prior to today's event, the KA's Campaign Team yesterday Visited all the 12 Wards in Ikole LGA of the APC in Ekiti State. The purpose of the visit as stated by the DG was to show gratitude and appreciation to all the Executives of the Party at ward level and also to proffer answer to the question that has been bothering the minds of party supporters on Kola Alabi's Ambition.

In his speech, the Ikere Ekiti born politician assured the elderly people that he would reintroduce the social scheme (also known as Owo Arugbo) earlier introduced by the former governor, Dr Kayode Fayemi. He will as well support the reinstatement of the LCDAs as a way of bringing development closer to the people at the grassroot. He also allayed the fears of the 177 ward executives that they would be not be used and pushed aside after the general elections. He promised that if elected as governor, he would appoint them into various positions as a form of compensation for their past effort.

Another reason for the visit, according to the DG, is to let them know why Kola Alabi is the right man for the Party and for the State at large come Ekiti 2018 Elections, he said, " Kola is an indigene of Ekiti State, He's a Young Man of High value and he's properly Educated and above all Kola Alabi is from the South Senatorial District of the State which is permutatively the best option for the party for now, with the fact that the district has never produced a governor in the history of Ekiti State, hence, the agitation for the South Agenda.

"Kola Alabi has been consistent and has stayed in the party since the time of Alliance for Democracy (AD) up till the All Progressive Congress (APC) of Today. He is reliable, has respect for elders. He has a clean sheet" Daramola said.


Other Speakers at the occasion include, Hon Gbenga Omole (Former Caretaker Chairman Ikere LG), Prince Wole Ajakaye (former DG Signage in Ekiti Under JFK and P.A to Otunba Niyi Adebayo),   who attested to the credibility and capability of the aspirant. The visit was attended by KA's Supporters in all the 16 LGs.