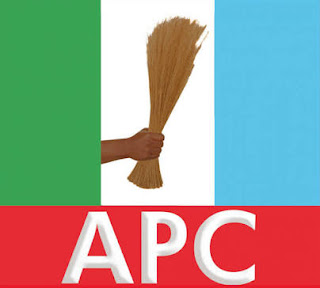 This group otherwise known as G-35, gave this endorsement in a communique issued after their meeting in Ayegbaju Ekiti on Sunday October 15, 2017. It was signed by tge group's Chairman and Secretary: Hon Ojo James Foluso and Akogun Tai Oguntayo respectively

The group strongly believed that APC's participation will strengthen democracy apart from serving as a good ground for litigation if the State government attempts to rig the election. The group then suggested maximum media coverage and tight security by the stakeholders in the election.

Below is the full version of the communiqué:

Communique issued at the end of G-35 meeting held at Ayegbaju Ekiti on October 15, 2017

G-35 which is the conference of all Secretaries to the Local Govts (SLG) under the regime of Dr Kayode Fayemi in Ekiti State, held it's meeting in Ayegbaju Ekiti where the following communique was issued:

(1)  that in view of the political development in Ekiti State in particular & Nigeria as a whole,  G-35 which comprises those who served as the life-wire of the third tier of the LG administration in the last regime can no longer fold it's arms and watch things drift in our dear State.

(2)  that after a critical deliberation & thorough consideration,  the G-35 has thrown it's weight behind the decision of the Ekiti State Chapter of the All Progressive Party (APC), to participate in the forthcoming LG Election in Ekiti State as this is the best way to strengthen our democracy & a good ground to challenge any irregularity in the election in the court of law.

(3)  that this group looked back into the 21 years of the creation of Ekiti State & larmented that the State is still backward in the comity of States in Nigeria. There is therefore a need for a concerted effort to salvage the state from a total collapse

(4)  that G-35 strongly condemned the accumulated arears of unpaid salaries of Ekiti workers despite the prompt release of our monthly allocation & bail out fund by the Federal govt even with the downsize of the workforce under the administration of Govr Ayo Fayose.

(5)   That against the backdrop of the release of time-table for the 2018 governorship election in Ekiti, G-35 is watching political activities with keen interest and at appropriate time,  we shall make our views known to our teaming supporters at the grassroots.

(6)  that we implore all gubernatorial Aspirants under the platform of the APC to shun pettiness or violence which can lead to a repeat of the 2007 post primary election crisis. We call for a credible primary election amongst its governorship hopefuls.