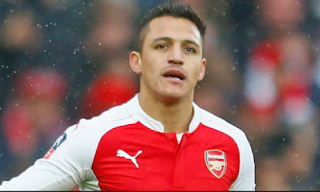 Alexis Sanchez has dropped the clearest hint yet that he will seek to leave Arsenal by confirming his desire to play in the Champions League.

Arsenal missed out on qualification for Europe's elite club competition for the first time in 20 years after finishing fifth in the Premier League last season.

Sanchez struck a career-best 24 league goals but increasingly cut a frustrated figure at the Emirates Stadium, especially as Arsenal were humiliated 10-2 by Bayern Munich in the Champions League.

And the 28-year-old Chile international, who has a year remaining on his Arsenal contract, declared his intentions for the first time in a television interview in his homeland.

"I want to play in the Champions League," Sanchez told Canal 13. "The decision does not depend on me, I have to wait for Arsenal."
Sport