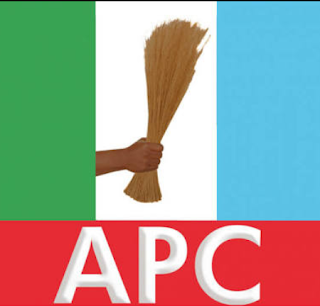 Following the overcrowding number of aspirant wishing to contest for governorship under the auspices of the  All Progressives Congress (APC) in Ekiti State, the Elders’ Forum in Ekiti State under the leadership of Chief George Akosile, has expressed fear over possible mass defection to other parties after the primaries.


Describing this as a major challenge that may affect the chances of the party in the 2018 governorship poll, the APC leaders who received one of the aspirants, Mr Kola Alabi at Igbara odo said it was worrisome.

The elders fear that there could be a replay of what played out in 2007, when 14 aspirants defected to the Peoples Democratic Party (PDP) when Dr. Kayode Fayemi emerged the candidate, calling on the aspirants to guard against this in the interest of the party.

The party, which is in opposition in Ekiti, presently has about 40 aspirants, with many party gladiators still contemplating joining the race before the end of the year.

The Chairman of the forum, Chief George Akosile, who spoke in Igbara-Odo Ekiti yesterday while playing host to a governorship aspirant, Mr. Kola Alabi, pleaded with the aspirants to maintain loyalty to APC, even if they are not picked at the primary level.

Describing Alabi as a good candidate with intimidating credentials and progressive antecedents, Akosile pleaded with him not to treat elders with disdain if eventually voted as the governor of the state.

“Our fear has always been that many of these aspirants may defect to other parties like we witnessed in 2007. We pray that the APC National Working Committee is able to handle the primaries in the most credible way, so that our people can be happy with its outcome.

“Again, APC elders had always been having very nasty experiences, because they are being sidelined in governance after the governor must have emerged. We pray that you will change the trend if you become the governor”, they pleaded.

Alabi assured that the elders would play pivotal roles in his government if voted as the governor of the state, saying “nobody can disparage their experiences. They are relevant because they knew the terrain and how workable a policy can be, so to me, whoever despises them does that at his own peril”.

The governorship aspirant promised to place high premium on huge investment on agriculture and solid minerals to shore up the internally generated revenue of the State.

He said his government will focus attention on yam production to complement the efforts of the President Muhammadu Buhari’s government, which recently began exportation of yam to Europe and the United States of America.
“Farming is very dear to my heart. There will be a special fund for our farmers to expand their scope of productions. Our government will also have a special fund to encourage youth to engage in commercial farming to boost food production.

“Apart from that, the state has huge depositions of gypsum, clay, gold and kaolin, we will tap into this to be able to build a strong economy for Ekiti not to be totally dependent on federal allocation.
“When we have preferences for these two sectors, there will be employment generation, foreign exchange earnings and we will have enough to spend on health, infrastructure, education and other sectors”, he said
News