Aregbesola Reveals how he will Spend New Paris Club Refund 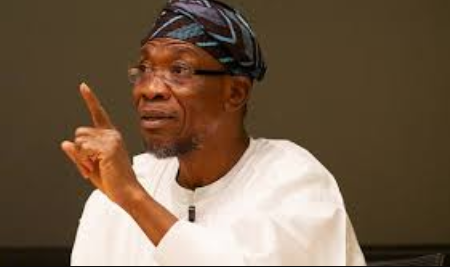 The pensioners staged a protest in Oshogbo, the capital of Osun state, claiming that their colleagues are dying of hunger

He also used the opportunity to breakdown how his government spent the first tranche of N11.744 billion.

Aregbesola gave the breakdown in a graph just as protesting pensioners have held his government bound over unpaid arrears.

“Let me take this opportunity to remind you for how we disbursed the first tranche. We will make available details of the second tranche,” Governor Aregbesola said in the tweet