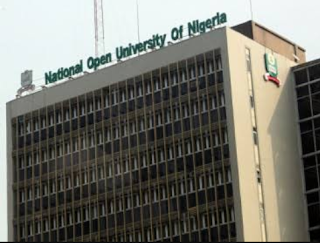 The Attorney-General of the Federation, MrAbubakarMelami (SAN) has told the House of Representatives Committee on Tertiarry Education & Services that his ministry has nothing against the Law Graduates of the National Open University of Nigeria (NOUN) being admitted to the Nigerian Law School.

The AGF who doubles as the Minister of Justice made this known through his representative during the committee's  hearing which took place on May 30 this year at the National Assembly complex in Abuja.

NOUN is a federal university which runs a Bachelor of Law programme approved by the National University Commission (NUC). The Council of Legal Education (CLE) has however disallowed NOUN Law Graduates from being admitted into the Nigerian Law School on the ground that it is a part time programme.

The NOUN Law Graduates Association (NOULGA), on May 18, 2016 visited  the House of Representatives where it submitted a protest letter to the House Committee on Tertiary Education & Services requesting for a public hearing over the non-admission of its members into the Nigerian Law School.

The Association, under the leadership of its Director General, Mr Alex Okonofua also visited the AGF/Minister of Justice who personally attended to them in his office and assured them that "on this issue of Law School, the law is on your side and we shall ensure that justice is done over the matter"
Relying on Section 4 of the the Legal Education (Consolidation, etc) Act, which empowers the AGF to give directives to the CLE, NOULGA urged the AGF to prevail on the CLE over the alleged injustice.

Section 4 of the the Legal Education (Consolidation, etc) Act states that: " subject to this Act, the Attorney-General of the Federation may give the Council directions of general character with regard to the exercise by the Council of its function and it shall be the duty of the Council to comply with such directions"

Despite the unambiguity in the express power conferred on the AGF byctge Act to give directions to the CLE "to which the Council shall comply" and the clearance of the AGF's representatives before the House Committee on Tertiary Education & Service, it is however inexplicable why CLE is still reluctant in granting NOUN Law Graduates admission into the Nigerian Law School.
Having lost several colleagues of theirs who bagged NOUN LLB(Hons) certificate but gave up the ghost without realizing their ambition of practising, NOULGA members are now appealing to the presidency and the public to prevail on the CLE to consider them as innocent third party who should not be made to suffer an injustice for attending a federal university set up by the Act of Parliament and approved by the National University Commission.
It would be recalled that the former President of Nigeria, Chief OlusegunObasanjo made persistent calls in the past to the Council of Legal Education to admit NOUN Law Graduates into Law School but the O. C. J. Okocha led council refused. With the exit of Okocha now, it is hoped that the AGF would use his statutory power to redress the apparent educational discrimination which is against the UN's Universal Declaration on the freedom from discrimination and right to education.