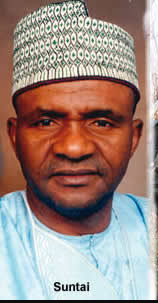 At last the former Governor of Taraba State, Danbaba Suntai who ventured into flying a plane without being a trained Pilot is dead.

He died yesterday in a foreign rehabilitation centre after a prolonged brain damage.

Suntai who was flown out of the country after the air crash at the Yola Airport in Adamawa State in 2012 was on wheel chair till his death.

The former governor could hardly recognize family members as he was given toys to pksy with at the rehabilitation home where he was undergoing brain injuries treatment abroad.

A former commissioner of information in the State, Emmanuel Bello confirmed the news of his demise