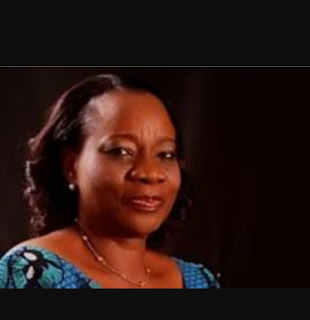 Ladies and Gentlemen, it gives me great pleasure and greater honour to be in this beautiful University with its enviable physical structure which is conducive to both teaching and learning. I am, therefore, not surprised to see the high quality of students produced in this great citadel of learning. What I want to talk about today is a subject that is dear to my heart because it combines my professional and political experiences. It has to do with politics and education in Nigeria. I am sure that, at least, a handful of people here know that I am both an educationist and a politician. The combination of these two roles is neither odd nor incompatible, after all education and politics are like Siamese twins. The history of the linkage between politics and education is rooted in the development of the civil society. It is a long history. In any society, policies pertaining to education are always influenced by the prevailing politics of the social formation.  This is how one can trace contemporary education policies of Nigeria to the political history of the country itself. Thus, since the colonial times when the country came into being, the evolving socio-economic and political forces have interacted to chart the course of education policies and development of Nigeria. In my opinion, to accurately capture the political context of the policies and development of education in Nigeria one would have to trace the evolution of Nigeria’s federalism and nation-building efforts.

The Nigeria federal system is the oldest on the African continent. It was established in 1954. In its contemporary incarnation, the Nigeria constitution puts education on the concurrent list. Thus, the responsibility for education is shared by the three tiers of government: the Federal, States, and Local Governments. The federal government has the power to make laws for the federation or any part thereof and establish institutions for “university, technological, professional, and post-primary education” among others. The state has the power to make laws and establish institutions for “technical, vocational, post –primary, primary or other forms of education” for the state. Since education is on the concurrent list, just like the federal government, a state may also make laws and establish institutions for “university, professional or technological education”.  According to the constitution, the functions of a local government council “shall include participation of such council in the government of a state with respect to the promotion and maintenance of primary education” among other subjects.
Federalism in Nigeria
As I suggested earlier, the factor that has had the greatest impact on the development of education policies in Nigeria is the character of the evolution of federalism in the country .Broadly defined, federalism is a system of government whereby government powers are shared between the central government and its constituent regions or states. However, the sharing of power may not extend to all policy sectors. It is often the case that the central government has exclusive legislative powers to execute certain functions. As for education, power is shared concurrently between the local, the states and the federal governments.
Ideally, federalism in the words of Wheare (1963) means the method of dividing powers so that federal and regional governments are each located within its sphere, and are co-ordinate and independent. Thus, Wheare’s proposition posits that the federal principle essentially entails a legal division of powers and functions among different levels of government with a written constitution guaranteeing and reflecting the division.
It was this principle of federalism which provided the real opportunity for the old Western Region of Nigeria to design and implement education policies that were distinctly different from those of the other two regions of the country.
Ever since the British amalgamated hitherto separate territories in Nigeria, successive governments, both colonial and post-independent governments,(including the military government) each sought to design or fine-tune a political arrangement which could, in the words of Jinadu (1979) “cope with the twin but difficult task of maintaining unity while preserving diversity”.
The Richards Constitution of 1946 established three Regions, each ethnically heterogeneous, as the fundamental political units within Nigeria. This was an admission on the part of the colonial administration that, at the very least, Nigeria contained three distinct major socio-cultural units. However, the major challenge of the Richards Constitution was the extent to which its essentially unitary form of governance would accommodate   the diversity recognized by that constitution.
The Macpherson Constitution of 1951 was the answer to the challenge posed by the Richard Constitution.
The Macpherson constitution, through its provisions, gave the Regional Houses of Assembly power to raise and appropriate funds, and pass laws in specified fields such as education, health, agriculture and local government. In this regard, the constitution provided each of the three regions the opportunity and autonomy to legislate on their educational policies and goals. This is why the Western Region in particular started the first ever free Universal Primary Education (UPE) in 1955, followed by Eastern Region in 1957 and Northern Region in 1958.   Finally, the Lyttleton Constitution of 1954 removed the final shade of unitary system of government from Nigeria by establishing a true federal state in the sense that it shared power between the central and regional governments.
In so far as education policies were concerned, until the military came on the political scene in 1966, the centre of power in the Nigerian federal structure remained in the Regions. Regrettably, given its corporate structure, and its reliance on well-defined hierarchical chain of command, military political rule in Nigeria produced the dominance of the centre over the constituent units. Consequently, several items on the Concurrent Legislative List were either shifted to the Federal Exclusive List or were abridged. One such abridged item was education.

Regionalization is the process of dividing an area into smaller segment called regions.
The evolution of federalism in Nigeria promoted and strengthened regionalism.  In the Nigerian situation, there were three regions between 1945 and 1963. As of 2017 there are 36 states including the Federal Capital Territory (FCT).Despite having 37 constituent units, most Nigerians and their elite groups think of the country and its politics and policies in regional terms.
This in and of itself is not a bad thing. Indeed, it should be expected that states and regional rights and power would be enhanced or diminished by the terms of association embedded in an evolving federal structure.  The unique challenge of the growth of regionalism in Nigeria arose from the coincidence of ethnicity and regional/state boundaries. In the event, regionalism in Nigeria resulted in unsavory ethnic competition and struggle over resources and control of the levers of power especially at the centre. This became the Achilles heel of educational development in Nigeria. To interrogate this claim, I now turn to a brief discussion of the role of ethnicity in Nigerian politics and policy making.
Ethnicity
An ethnic group can be referred to as a category of people who identified with each other based on some putative similarity or affinity in matters of identity such as ancestral claims, language, beliefs etc. Ethnicity is behavioral in form and conflictual in content. Essentially, ethnicity exists only within a political society or social formation. What breeds ethnicity is the very act of collecting several ethnic groups into one political territory with the attendant competition over resource allocation. This problem is compounded by ethnocentrism which means a pride in one’s ethnic group or a tendency to see things through the lenses of one’s ethnicity. Theoretically, ethnocentrism may yield benign effects. However, it is usually the case that ethnocentrism tends to intensify the emergence of social and political cleavages and conflicts especially where resources and opportunities for social mobility are limited.
Whereas ethnicity refers to the conflictual relationship existing between groups each of which claims to share distinct linguistic, cultural and such other primordial characteristics, regionalism, on the other hand, refers to the competition between constituent political territories or units of a federal state which may or may not consist of several ethnic regional terms.

WHO CONTROLS EDUCATION IN THE NIGERIAN FEDERAL STRUCTURE?

The early years of Nigeria’s independence (before the military rule) can be described as the “golden age” of federalism or the era of “true federalism”. This was also the period when the constituent units pursued policies that made the quality of education in Nigeria competitive with the rest of the world. The ascendance of the military in Nigerian politics reversed this trend and undermined true federalism. Surely, education is one strong instrument that is important to the federal government because it is being used to promote unity in diversity. Given the near dismemberment of the country the Federal government involvement in education policy was inevitable. Since then, education continues to be at the center of our national politics. I will want to suggest decentralization of the power of the federal government in the area of education policies and policy implementation. The federal government should be limited to establishing national goals for education as stated in the National Policy on Education and ensuring that states comply with the right of the child to education. This does not preclude incentives to states. I believe strongly that education is an area best left to state and local governments because they are in the best position to know the problems of their states and so will respond appropriately to their individual needs. A centralized unified approach may not adequately respond to the problems affecting each state because Abuja may, in all likelihood, not appreciate and understand the peculiar needs of each state and their communities and is not in the best position to develop a curriculum and pedagogy tailored to the unique needs and environment of each state. Shifting more control over schools to the federal government while still leaving the state and local governments with the responsibility to fund schools will only produce frustration and hinder innovation. In short, it is best to allow the states and local governments to tailor their education to their local needs. Here lies a sample of the constitutional principle and practice of true federalism. Thank you for listening.

Adamolekun Ladipo (2010) Nigerian Federalism at the Cross Roads: The Way  Forward.
Adamolekun Ladipo (2016): Nigerians are Not Proud of the 1999 Constitution. Being  the 9th Convocation Lecture of the Lead City University. Ibadan.
Durotoye  O.O (1988): The Colonial Foundation of Contemporary Policy Environment In Africa”; Department of political Science, Obafemi Awolowo University.
Easton David (1953): The Political System: An Inquiry into the state of political Science, New York, Knopf,
Jinadu, A.,  (1979) “Note on the Theory of federalism”. In  : Readings on Federalism. Edited by B. Akinyemi  et al, Lagos, Nigeria Institute of International Affairs.
LassWell Harold (1963), Politics: Who Gets What, When and How, New York, McGraw-Hills,
Wheare Kenneth (1963), Federal Government, 4th ed, London, Oxford University press